Selective Licensing of Landlords in Leeds

Leeds City Council voted to approve the plan to introduce Selective Licensing for parts of Leeds. From January 2020 landlords will need to apply for a license to privately rent out a property in Beeston & Harehills.

The majority of residents who took part in consultations were in favour of them being introduced but myself and the majority of Agents and Landlords were opposed to the scheme as ultimately the costs will be passed onto struggling tenants.

Landlords who let a property without having a licence would be committing an offence and could face an unlimited fine or a civil penalty of up to £30,000.

I was recently invited onto to Radio Aire to discuss Selective Licensing:

“Landlords are already feeling the financial drain that new legislation has brought in, and this is just going to make it worse”

“There are already a lot of powers that the council have got, for example, the Leeds landlords accreditation scheme. I think a good solution would be to make it mandatory for people to join that instead of stamping a hefty license fee. Tenants will be the ones paying for it.

Leeds City Council is going to introduce selective licensing in parts of Leeds including Beeston (Leeds 11) and Harehills (Leeds 9) which have the highest ratio of tenanted property in the city.  There are approx. 14,000 properties within the zone.

Selective Licensing is enshrined in the Housing Act 2004 although local authorities were given discretion to apply it only to certain areas.

The proposed cost will be £825 per property, equivalent to £3 a week. The Council are describing it as a “one-off” fee but the licence will only be valid for 5 years.

The council have stated that they will not profit from the scheme and any surplus will be refunded.  I believe any refunds will be unlikely.

What are the differences between the Selective Licensing Scheme and HMO Licensing?

The same rules apply when granting a Selective Licence as with an HMO licence.  The main differences are:

Over 50% of homes in the designated areas are private rented. This compares with 15% in 2001, so there is an ever-increasing demand for housing to be inspected and of good quality. The Leeds City average of houses belonging to the private rented sector is 21%

The Council are saying there was a low take-up of the self-regulation via their accredited landlord scheme, so they are looking into what else they can do to get landlords to improve standards of living and in turn hopefully improving crime, low levels of education, high unemployment and the health of people living in these areas.

So far, 94% of landlords and 100% of agents have been against the proposals, they believe bringing in selective licensing will do the following:

Invest Leeds believe something needs doing about the state of some housing in these areas and across Leeds as a whole, we recently viewed one property with frogs in the basement, excessive damp, unrepaired broken windows and the only cooking facilities were a microwave in the shower!

Two people were living in this property as an HMO and one of the tenants had been refused access to his daughter overnight as he was considered not to be living in adequate accommodation.  He is scared to report the issues for fear of being evicted.

We also believe licensing is not the way to improve standards. The council already have a lot of powers to make landlords improve the standards of their properties, including placing an order on a property to improve and comply within 28 days.  If this doesn’t happen then court action follows.

Invest Leeds agrees that with landlords already feeling bruised by the introduction of Section 24, increased SDLT and other measures, that forking out £825 is not a sensible approach and maybe a good alternative is to enforce landlords to join the accredited landlord scheme instead, this way, support can still be given to improve and enforcement is an option for refusing to comply.

Invest Leeds also want to state that we work with many landlords within these areas and they provide very safe, modern and compliant properties that their tenants turn into their home. 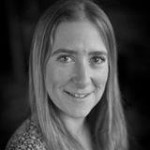 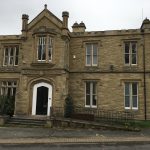 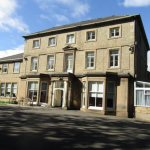 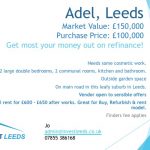 You may have missed

Back to Back Houses

WHY INVEST IN SHEFFIELD?